Harris used to visit the border...why not now?
Tommy - Pigott

Kamala Harris does not plan on visiting the border. That’s what she suggested yesterday.

And in an interview released this morning, Harris falsely claimed “we’ve been to the border,” and when called out, she compared going to the border to going to Europe, laughed, and said “I don’t understand the point that you’re making. ”

It’s ANOTHER broken promise from the Biden administration. Just a few months ago she said “absolutely we will go down to the border,” but now she claims it would be a “grand gesture” not worthy of her time.

It’s frightening that she’s Biden’s border czar, and very strange that the moment she became vice president, she suddenly lost all interest in the border.

June 2018: Harris visited the border and even did a national T.V. interview. 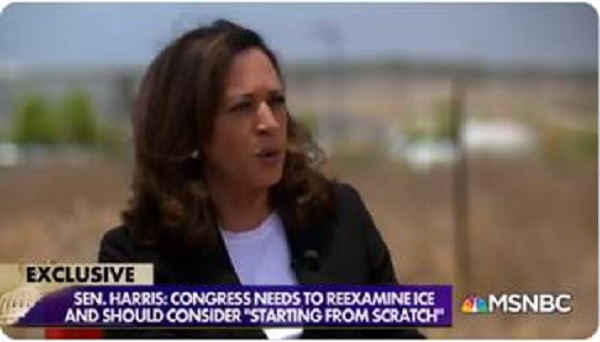 Now under Biden’s leadership, there have been over 173,000 border encounters in each of the past two months, the most in 21-years, with the number of unaccompanied children encountered reaching the highest monthly totals on record.

Turns out when she said “not today” to visiting the border, she meant never. If this was the Harris of 2018 and 2019, there would be no doubt that she’d be at the border to make a "grand gesture." What happened?