Chairwoman McDaniel: Joe Biden is Lying to the American People About Voting Laws 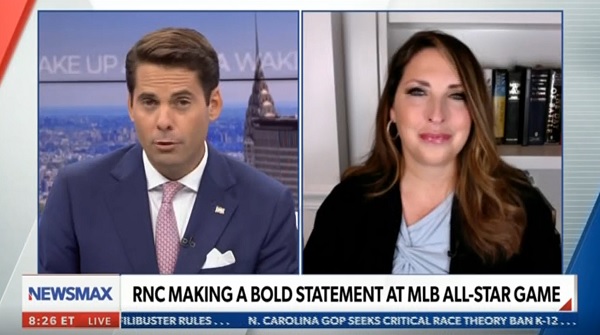 Chairwoman McDaniel: Joe Biden is Lying to the American People About Voting Laws

FINNERTY: It is really divisive. The theme of the inauguration was America United. The language that are using - Jim Crow, I think that's really confusing to a lot of Americans too, and should be offensive as well.

CHAIRWOMAN MCDANIEL: I heard you describe it earlier; Joe Biden is lying. Let's just say it like it is, and I don't use that word lightly. He is lying to the American people. These laws make it easier to vote and harder to cheat. Go look at our website protectthevote.com. Well, look at Texas. What are they mad about in Texas? They don't want to have drive-through voting for 24 hours. Well, why is that? You can't get people to work the polls that long. Part of the security is you have to have people manning the polling stations and doing the work. So, 24-hour drive through voting? We can't even get businesses open 24 hours a day. Most of our businesses are shut down because the federal government is competing against them. Could you imagine having 24-hour drive through voting? That is ridiculous and that's what Democrats are calling Jim Crow 2.0, and they are lying. So, Republicans, we need to push back. Do not fold - we are making it easier to vote and harder to cheat.