The Republican National Committee (RNC) has launched a full-court press against Kamala Harris’s visit to Mexico and Guatemala, where she literally flew right past the border. With a worsening crisis, laughed-off questions, and a refusal to address the humanitarian catastrophe, Democrats and the  Biden-Harris Administration continue to show the American people how their failed open-border policies are a disaster.

Harris’s Disastrous Trip: After an interview with NBC where Harris falsely claimed “we’ve been to the border,” she was called out, then oddly compared it to going to Europe, laughed, and said “I don’t understand the point that you’re making.” Harris still has no plan to visit the border to see and hear from residents, law enforcement officers, and elected officials directly impacted by her broken promises

RNC National Spokesperson Paris Dennard slammed the Vice President on Newsmax for saying that visiting the border would be a “grand gesture.” 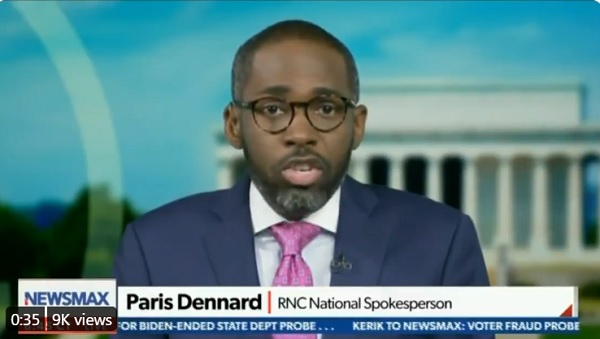 The Facts: Axios reported Monday night, “the number of migrants illegally crossing the U.S.-Mexico border this fiscal year is already the most since 2006 — with four months left to go.”

Americans are taking note: Voters over the weekend delivered big electoral wins for Republicans in Texas.

The bottom line: While Joe Biden and Kamala Harris fail to address the crisis they created at our southern border, the Republican Party’s solution-oriented America-first message is resonating with Americans and will deliver House and Senate wins in 2022.